History of Victory Day of Bangladesh

The general election of 1970, the Awami League won majority seats. But without handing over power to Sheikh Mujibur Rahman. The West Pakistani army started mass killing on the night of 25 March 1971 in East Pakistan. On March 26, Major Zia Declared Independence of Bangladesh on behalf of Sheikh Mujibur Rahman Who was then under arrest. From that day our liberation war began.

The students, teachers, youths, the EPR personnel, the police force and people from all walks of life launched a high resistance. Our freedom fighters did not have sufficient arms and ammunitions. The barbarians killed thousands of people, burnt their houses and looted everything. A reign of terror was let loose. About 30 lac people fled to India. The freedom fighters got training in India, entered Bangladesh and resorted to guerrilla warfare. In the meantime, India recognized Bangladesh, sent arms to help us and the joint forces inflicted crushing blow on the Pakistanis. At last, they were compelled to lay down arms on 16 December 1971.

Recognition of Victory Day of Bangladesh

Bhutan and India became (1st Bhutan and 2nd India) the first country in the universe to recognized the newly independent state on 6 December 1971.After that, other countries recognized Bangladesh.

Celebration of Victory Day of Bangladesh 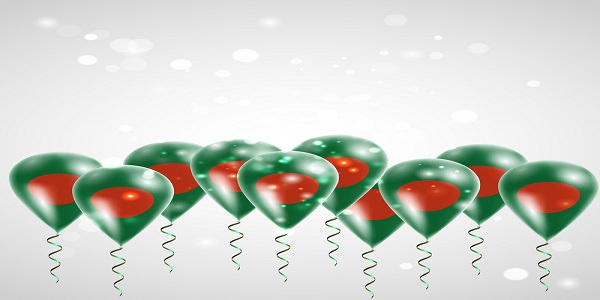 The victory day of Bangladesh reminds us that no oppressor can rule his people for a long time. Bangladesh has come to stay, it will stay and no power can undo it.

Victory Day of Bangladesh In  Future